Dont Be A Weiner

Dont Be Weiner Dont Vote For A Big Weiner 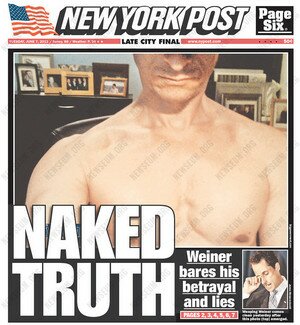 The disgraced former congressman — who’s sitting on a $4.5 million campaign war chest — is mulling a bid for citywide office next year and “seriously considering” a mayoral run, multiple sources told The Post.

The cocky pol is also open to the post of public advocate as a backup plan, said sources, who described the Queens Democrat as “desperate” to get back into politics.

Weiner, 47, has even spoken to former staffers about going back to work for him, according to another source.