Bernie Sanders spent four years at the University of Chicago, where he joined the Young Peoples Socialist League, youth wing of the Socialist Party USA.
Bernie Sanders hung the Soviet flag in the mayoral office in Burlington, in honor the city’s Soviet sister city Yaroslav. 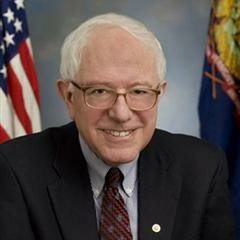 In 1985, while mayor of Burlington, Sanders celebrated the sixth anniversary of the Sandinista victory in Managua, Nicaragua, with Daniel Ortega.

Dumb Americans proudly, or with great ignorance vote for a Vermont Socialist who was a member of the Young Peoples Socialist League.
Sanders Hangs a Soviet Union flag in his office, and celebrates while over seas with known Socialist leaders when they celebrate their countries take overs.
Why would any normal American vote for Bernie Sanders?
Why would any normal American think Bernie Sanders has their best interests in mind.
Know them before you vote.