It’s more contagious than HIV/AIDS, a sweeping epidemic with the power to turn women’s genitals blue. 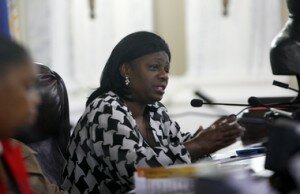 During the councilmember comment period of the meeting, McBride said she received a concerned call from a city man asking what Trenton was doing to combat “blue waffle disease,” and said she hoped health and human services director James Brownlee could provide her with more information on the mysterious disease she had never heard of.

“It’s already claimed 85 lives and there’s a case here in Trenton,” McBride said. “It is a virus that is 10 times greater at this point than the AIDS virus.”